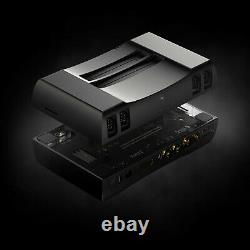 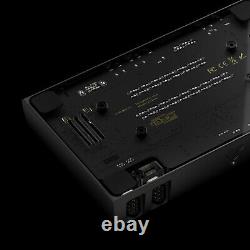 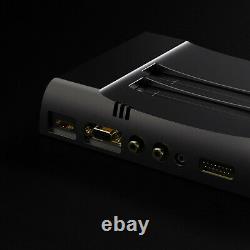 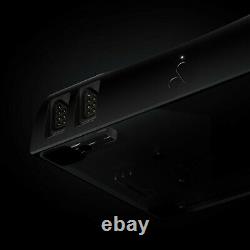 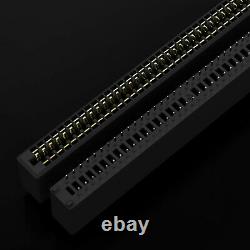 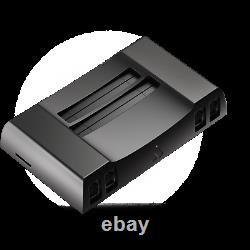 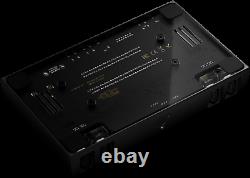 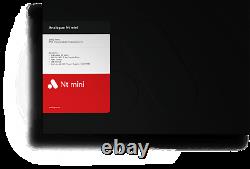 It is compatible with every NES, Famicom, Famicom Disk System game and the accessories, too. The Nt mini dually outputs 1080p via HDMI along side the highest quality analog video signals available: RGB, Component, S-Video, and Composite. All in one - no upgrades. Every pixel is razor sharp, producing an astounding level of clarity.

You'll experience video quality so extraordinary - it's like playing NES for the first time. Play NES wirelessly The Nt mini includes the highest quality aftermarket NES controller: 8Bitdo's N30 2.4g. Coupled with its Wireless Receiver (also included), you can finally play NES wirelessly and lag-free. You can even use wireless next gen controllers on your Nt mini, too. FPGA Hardware The Nt mini has the same unparalleled compatibility as the original Nt. The core functionality of the original NES is engineered directly into an Altera Cyclone V, a sophisticated FPGA. When it comes to knowledge of the NES, our lead Electrical Engineer is second to none.

He spent over 5,000 hours re-engineering the NES via FPGA for absolute accuracy. Unlike the knock off and emulation systems that riddle the market today, youll be experiencing the NES free of any compromises. Reference Quality Control The Nt mini is a reference quality video game system with reference quality control.

High Fidelity Sound The NES is home to some of the most iconic music in video game history. Music this significant should be experienced in High Fidelity. The Nt mini outputs the highest quality digital and analog audio: 48KHz 16 bit stereo.

8 bit music has never sounded better. Craftsmanship We thought as much about the exterior as we did the interior. The Nt mini is precision fabricated from a solid block of 6061 aluminum.

Engineered with an uncompromising attitude to quality. There has never been another video game system like it. Unparalleled Compatibility No blinking lights, lockout chips or region limitations. The Nt mini uses the identical controller ports used in the original NES. It has the original Famicom expansion port too.

This means it is compatible with the original NES and Famicom hardware and accessories; from the NES Zapper, to the Famicom Disk System. Nt mini Noir Nt mini v2 features a new and perfected NES cartridge slot, updated UI, branding, packaging, and includes a new 8Bitdo 2.4g controller for NES in the box. The Nt mini Noir is anodized with a gun metal finish, features gold plated I/Os and transparent controller ports. Otherwise it's the same Nt mini you know and love. NES, Famicom, Famicom Disk System (requires FDS unit).

All Analogue Nt mini [v2] Noir consoles in stock are brand new, sealed, and in excellent condition. All of my items come from a clean, smoke-free and pet-free home.

ALL SALES ON THIS ITEM ARE FINAL. If your item is delivered damaged, please contact me for assistance as soon as possible. Your feedback is very much appreciated!