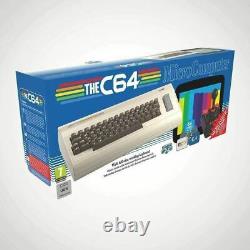 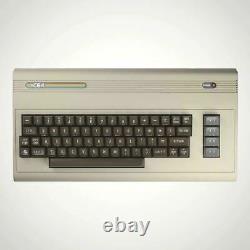 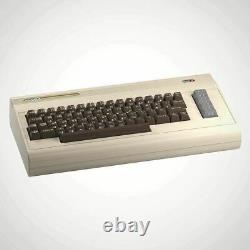 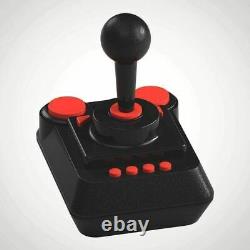 Another'80s icon is back like the Terminator. It's bigger, bolder, and beiger than a golfer's trousers.

We're talking about the C64 console, a trailblazing home computer that's making a serious comeback... This bad boy already pulled a comeback in mini form, but now it's back in full size, complete with a working keyboard. Connect it to any modern TV via HDMI and you're good to go, enjoying 720p HD visuals at either 60 or 50 Hz.

Oh, and the updated joystick features micro switches, giving you more control than ever! So, let's get to the real star of the show: the games. This console comes pre-loaded with 64 games'cos it's a C64! Sorted, including classics like California Games, Parandroid, and Boulder Dash, and some newer additions like Attack of the Mutant Camels, Hover Bovver, Iridis Alpha, and Gridrunner. Plus, you get some recently released bangers like Galencia and Planet of Death!

The C64 has the option to save and load games, so you don't have to worry about bedtime interrupting your hot-streaks. These save via USB memory stick (not included), which you can also use to upload your own games and update the firmware.

This console lets you switch between C64 and VIC 20, or use the Games Carousel. And, you can even engage the CRT filter to get as retro as it comes. With the C64 being such big fun, it makes sense that the actual console is, once again, as big as it was intended to be. So, for fantastic retro gaming, order this C64 Micro Computer today!

This item can be shipped to United Kingdom.